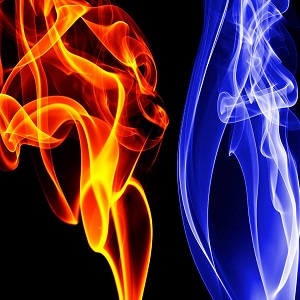 After the United States got involved with World War II, President Roosevelt got to work with Vannevar Bush and his team of teachers and students known as the Office of Scientific Research and Development, the OSRD. They designed several new technologies for the military like sonar, anti-aircraft missiles, and the nuclear bomb. On the other side of the Atlantic Ocean, in Bletchley Park, the codebreakers of Great Britain were starting to break the Enigma codes and unlock German communications.

The purpose of this lesson is to help you understand how all of these tidbits of world history, from World War II through its aftermath, opened up a door to competitive technology that would, eventually, give us the Internet and the World Wide Web. 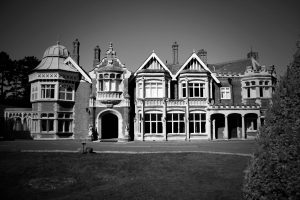 In the middle of a war between many nations, a war that could have gone on and on for many more years, the teachers and the students and the brilliant minds at Bletchley Park gave up a big part of their lives to try and break codes that were coming from Germany, Italy, and Japan, a group known as the Axis Powers. What made the codebreakers so successful was that they got faster and faster at intercepting messages, decoding them, and then relaying those messages quickly to the military powers in Great Britain and the United States. To do this, Alan Turing designed a machine that went by two names: Victory and Bombe. The Victory/Bombe machine was built to make codebreaking a little easier and a little faster. Today, some experts say that the Victory machine allowed World War II to end much sooner than it ever would have had the machine not been created. 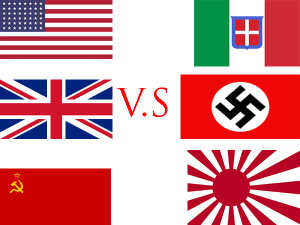 Remember how Poland asked for help from Great Britain and France if Hitler and the Germans ended up invading? Well, a similar agreement was made between Germany, Italy, and Japan in September of 1940 (they called it the Tripartite Pact). Germany agreed to support Japan if the United States ever invaded and Japan said they would do the same for Hitler in return. But both Germany and Japan kept picking new fights and never communicating with the other. And this turned out to be a pretty big deal.

In the summer of 1941, Germany invaded Russia without telling Japan or asking for support. Then in December of that same year, Japan attacked Pearl Harbor and Awoke the Sleeping Giant without telling Germany or asking for support. That meant both nations, and even Italy, would all have to fight for themselves. So when the United States got involved, they were joining a group known as the Allied Powers, which included Great Britain, France, Russia, and China, all of whom were trying to survive against the threat of Hitler’s Germany and the militarism of Japan.

All those codebreakers in Bletchley Park made it possible for the Allied Powers in Europe to push back against Hitler faster and faster. In 1942, the Allies attacked Germany through Italy, which they called the “soft underbelly” of Europe. In 1944, they attacked the beaches of Normandy, closing the door for Hitler and the Nazis to do any further damage beyond the shores of Europe. So as the Allied Powers closed in on Germany, all of this led to Hitler’s eventual death in April 1945, just a few weeks after President Roosevelt died. That left President Truman to deal with Japan. 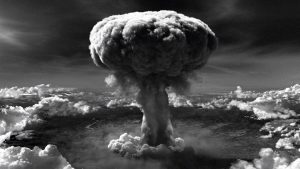 Even though Hitler was gone and even though there was victory in Europe, Japan kept fighting for several more months. If you remember from Lesson 1.2, the leaders of Japan believed in the idea of militarism. They wanted to be viewed as strong. To quit a fight that they had started, even if they were all alone, was a hard thing to imagine. And President Truman knew how long they were willing to fight. So he made what might have been the most difficult decision of any president in U.S. history.

At about 8:00 in the morning on August 6, 1945, a noiseless flash lit up the sky over Hiroshima. Some of those who lived to describe it said it was like a “sheet of sun” or a “brilliant yellow” that immediately destroyed everything in its path. President Truman had decided to drop the first atomic bomb in all of world history. The bomb was a part of that OSRD Manhattan Project that had started a few years earlier under President Roosevelt. Of course, the Japanese people were shaken, but the government kept fighting. At least for a few days. They couldn’t figure out what had hit them. Or what kind of weapon had caused that much destruction.

At about 11:00 in the morning on August 9, just three days later, another flash lit up the sky over Nagasaki, about 300 miles from Hiroshima. It was a second atomic bomb. There were so many dead and dying in such a short time that Japan had no choice but to surrender, which they did, unofficially, on August 15. The war was over.

Even though World War II is a big starting point for the future of technology and coding, all this talk about war can still be pretty heavy. Take five minutes to yourselves to relax, listen to music, talk quietly with a neighbor, or close your eyes. For those with nothing to do, here is a ridiculous video with British voice overs. When the video is over, we’ll come back to our discussion and talk about the aftermath of the war.

Every nation that got caught up in the war had to put their countries back together when the war was over. But no one was ever quite the same again. Let’s look at the aftermath of World War II for the following four nations. What do you think these countries would have had to do to get back to some kind of normalcy? Or did they have to change a lot of things? 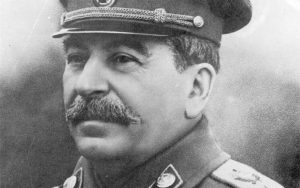 Considering all the people who died in World War II and all the cities that were destroyed across Europe and the Soviet Union and China and Japan, we might look back and wonder why all these nations didn’t just stop and agree to peace forever. But unfortunately, that has never been a part of our history. Human beings get into conflict all the time and sometimes they don’t know how to resolve it without more creating more tension. And that’s exactly what happened between the United States and the Soviet Union.

With all that Russia had lost in the war, they had nothing left to lose. The soviets, under Joseph Stalin, realized one of their only ways to become strong again in the eyes of the world was to develop the kind of technology they had witnessed by the United States during the bombing of Hiroshima. They wanted to have a nuclear weapon. Maybe more.

In August of 1949, just four years after the United States bombed Hiroshima, the Russians detonated their own successful atomic bomb in Semey, a city that is now found in the Republic of Kazakhstan.

Topic #3 – And the Cold War Begins

For several years, the only countries in the world with Nuclear Weapons were the Americans and the Russians. Which meant that either nation could, if they wanted to, attack the other with these massive, city-destroying bombs. And for the next 50 years, these two nations, the United States and the Soviet Union, were stuck in a conflict known as the Cold War, because both countries were always on edge about the possibility of being nuked by the other, even though no bombs were ever dropped and no lives were ever lost. Similar to the Code Red drills that we have today, school children during the Cold War would run drills on what to do if a nuclear bomb was ever aimed or fired at the United States.

Topic #4 – Looking Back at What We Learned