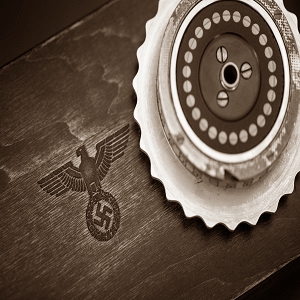 Learning to write code is easy when you have a teacher. Or when you have a bunch of resources to teach yourself. And even then, it might not be easy for everyone. But coding started under a much more complicated time in world history. In order to communicate with his commanders throughout Europe during World War II, Hitler used secret codes that he transmitted over a series of radio messages. He never thought anyone other than the Germans would be able to crack those codes. But they did.

This violent conflict, known as World War II, took place at a time before computer technology was even a part of the daily conversation. Understanding that time in history means going back and understanding a little bit about the conflict. And if we understand the conflict, then we can look at the people who had the biggest impact on resolving that conflict, including some of the technologies that they created. 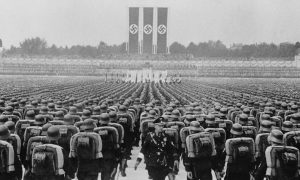 During the 1930s, two leaders emerged in Italy and Germany who became the cause for great concern among the people of Europe. History calls them fascist leaders because fascism is the forcible oppression of anyone who disagrees with the government in power as well as a forcible control over the way society should be managed. In Germany, this kind of fascism was led by Adolf Hitler, who believed that certain people were part of an inferior race. So he gathered up all those he classified as inferior, and put them into brutal concentration camps in a practice that began in 1933 and became known as the Holocaust.

On the other side of the world, in Japan, there was a growing belief in militarism, an idea that the strength of any nation is found in its military, rather than its people or its technology or its culture. Japan was never a big nation, but they constantly wanted to prove their greatness by attacking or invading other nations within reach. So during the 1930s, while Italian and German fascism was on the rise, Japanese militarism was also on the rise, with invasions of major cities in China.

While both of these situations might have seemed like a problem, which they definitely were, the world was not yet at war. In fact, other nations reacted much in the same way that nations act today. Most nations avoid getting involved in the problems of other nations. Even the United States kept to itself as the Germans and the Italians and the Japanese were creating conflict.

So when did it become a World War? 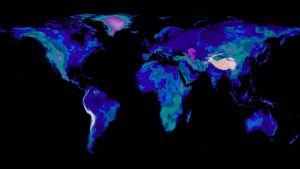 Between 1938 and 1939, Adolf Hitler, the leader of Germany, invaded and took over two nearby countries, Austria and Czechoslovakia. Because a high number of Austrians and Czechs were originally German, no one in those countries put up much of a fight. But Poland, which was also nearby, began getting nervous. So they asked for help from Great Britain (England, Scotland, Ireland, and Wales) and France to defend them if Hitler were to invade, which he did in early September of 1939. So began the world at war.

Even though much of the world was paying attention and even though most leaders thought Hitler was evil, no one really classified him as crazy until he marched his army into the Soviet Union, one of the largest nations in the world, during the summer of 1941. And for quite some time, Hitler was actually successful because the Soviets were unprepared for such an aggressive fight. By the time the war was over, the Soviet Union (or Russia) had lost more than 20 million people.

But despite all of this, the United States still didn’t get involved. Which leads us to the point of asking a few important questions. 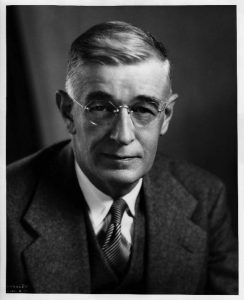 When the United States got pulled into World War II, the most brilliant minds in our country, just like today, were all of the teachers and the students. These were the people constantly studying and learning and designing and building and researching. So when the government wanted to find answers to problems, or find solutions to really big challenges, they gathered up as many teachers as they could find. And the teachers would then go ask their best students to join them.

For example, Vannevar Bush was an MIT professor (Massachusetts) who was asked by President Roosevelt to work on some really important war-related projects. So he gathered up all of the teachers and former students he knew, from places like Harvard and MIT and CalTech to help him succeed. These people became known as the new OSRD, the Office of Scientific Research and Development. And even though Vannevar Bush wanted to work on improving communications between the Army (by land) and the Navy (by sea), President Roosevelt got him working with his team on the following war-related projects. See if you can figure out why these would have been important to the president.

While the OSRD was preoccupied with all those military projects for President Roosevelt, there were other kinds of teachers and students working on a very different kind of project. Over in Great Britain, a group of brilliant men and women from Oxford and Cambridge Universities, gathered in a place known as Bletchley Park. They had one primary goal. To figure out how Hitler was communicating with his armies at different locations around Europe. These were the first and most well known codebreakers in history. Among them were experts in math, in history, and in science. There were even a couple of chess champions in the group. But why would all of these different skills be important? Why would chess champions be useful to a group of codebreakers?

Some of the most famous names from Bletchley Park are listed below, but it was Alan Turing whose story was recently told in a film called The Imitation Game.

Part #1 – The Enigma Messages They Broke

The Germans created a machine called the Enigma, which could send messages coded as ciphertext. These were messages hidden inside of a complicated filler text. Below was an example of an Enigma message sent by the German leaders to their Naval Commanders.

Part #2 – The Enigma Message YOU Will Break

Creating an entire Enigma Code and then breaking that code would require you to know a lot more than this short lesson provided. So the code below has been ciphered in a different way. Your job is to work with your teams and break the code. Winning teams who keep their solutions private and do not share with other teams will be allowed to dig into the candy jar (two pieces each). You have the remainder of class to figure it out.