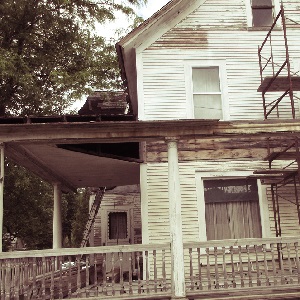 The world is full of people and things that come and go. Buildings that were once full of people can eventually turn into hollow rooms and empty spaces. Cities that were once popular and booming can become ghost towns for the poor. Even technology and music often has the same problem. We use new technology and disregard old technology. We listen to new music and try to forget old songs we no longer enjoy. The word that best describes things that still exist, but are no longer used is deprecated.

Hundreds of years ago, certain religious monks would punish themselves if they believed their bodies were full of sin. They would even take a whip and beat their own backs. This behavior was known as self-deprecation and had to do with “praying away” the bad. Today, the word deprecation is still used as a way of saying something is old, or bad, or no longer proper to use.

In HTML, a coding language that constantly changes, there are many deprecated tags and elements and attributes that were once used by every designer, but are now considered no longer appropriate for current designers who write with HTML5.

LEARNING GOAL #2: The Basics of HTML

Students will be able to design multiple web pages with HTML through the use of simple Text Editors.

On Monday, February 11, you will have your first Quarter Quiz. That means you need to know quite a few things ahead of time. The questions below are all things that have been discussed and reviewed in class. Today, we will take about 30 minutes to ensure everyone knows how to answer the questions for their upcoming quiz.

Your Quarter Quiz will pull from the following questions, but will not include anything from today’s lesson (2.8).

Topic #1 – An Example of Deprecation

Today, we will be talking about something called Deprecated Codes. These are codes that can be used, but should not be used. In order to understand the meaning of deprecated codes, we’re going to look at pictures of an abandoned high school, discuss what happened to the building, and debate what local officials and authorities should have done with the school. Click Here to learn about about happened to Cass Technical High School, a building in Detroit that was constructed in 1917 and eventually caught fire in 2007. 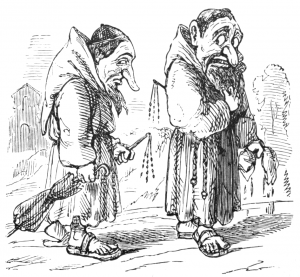 More than 200 years ago, some of the most religious members of society would try to “pray away evil” from themselves or someone else. They called this flagellation or deprecation, from de- (against) and -prec (pray). Since that time, the word deprecation has been used by many others in society to describe something that they “strongly urge against using or doing.” In HTML, deprecated codes are any codes (tags, elements, or attributes) that can still be used, but are strongly urged against.

When you think of Cass Technical High School in Detroit, you can imagine that the building was probably still useful for a little while after the fire and even after it was abandoned. But in the end, officials chose to demolish the building because the structure was no longer in the best interest of anyone in the area.

Over the last few weeks, you’ve learned about heading tags (<h1>, <h2>, etc), paragraph tags (<p>) and more. But deprecated tags are the ones that web designers can use even though they are no longer supported by the W3C. In other words, while web designers could use these codes, they usually choose not to use them.

Just because a tag or an element or an attribute is deprecated doesn’t mean it won’t work or it can’t be used. When we say it is “deprecated,” we are saying that the W3C, that group who writes the rules of HTML, would prefer we write our HTML in a different way. Look over this list of Deprecated Tags and Attributes and see which ones you recognize. Several of them we have used in this class.

All of these rules about syntax, about how to properly code an HTML web page, are created by a group known as the W3C, the World Wide Web Consortium. The World Wide Web Consortium (W3C) is an international community where Member organizations, a full-time staff, and the public work together to develop Web standards. Basically, they write the rules. They tell us how HTML is supposed to be written. And even if we disagree with some of the little things, they still show us what they believe are the best practices. Guess who’s in charge of the W3C? 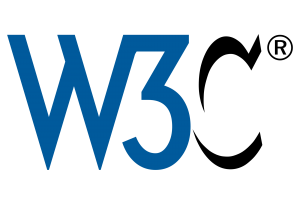 “It became clear to me that running the [W3C] would always be a balancing act, between taking the time to stay as open as possible and advancing at the speed demanded by the onrush of technology. This was not about having control over the Web, but about providing a place for people to come and find consensus.”
Tim Berners-Lee, Weaving the Web

REMEMBER HOW THIS WORKS

Below is a list of codes that you are required to type out. When you finish typing them out, your job is to save the work, open the page with Chrome, and see if it matches the “Looks Like” image in the table below. If it does not, you need to go back through your code and fix your mistakes. If it looks right, simply raise your hand and ask to be checked.