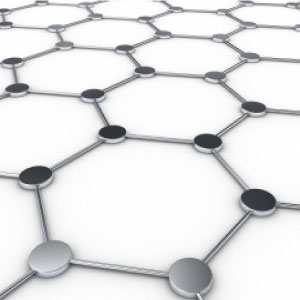 After the Russians launched SPUTNIK into space, the United States government started a research group known as the Advanced Research Projects Agency, or ARPA. Their primary job was to come up with ideas that could make the United States competitive with the Soviet Union. But even though they had nearly two billion dollars to work with, the most intelligent minds of ARPA could not come up with anything. At least not in such a short time. So United States government gave a big portion of that money to a new group that became known as the National Aeronautics and Space Administration, or NASA.

So what happened to ARPA? Turns out, they built something that would surpass even the greatest achievements of NASA. ARPA would eventually build the Internet. But before they could build the Internet, they had to sit down and figure out how one computer might talk with another computer. They thought about human communication and then applied that to computers to build something they called a network.

Topic #1 – The Beginning of Rules, or Protocols

From the very beginning, members of ARPA had wanted to work on something related to communication, but when they were first brought together, there was a lot of pressure to work on bigger things, like weapons, and missiles, and satellites. Once all that extra money went to NASA, the pressure was off and they had time to start working on the very thing they wanted to work on: communication between people and machines.

ARPA realized that the only way for communication to work, whether it’s between people or machines, was for people and machines to follow a certain set of rules, or protocols. Everyone follows rules when they talk, even if they don’t realize it. For example, good communication means that two people don’t talk at the same time. One person waits for the other. You might casually say this is a rule that you follow in order to have a good conversation with a friend, but ARPA realized that making two machines talk to each other would require making those rules, or protocols a part of the structure and the foundation.

One of the first rules, or protocols, that ARPA talked about was something called Point 2 Point Technology. What this means is that it is possible for one person to talk to another person, but if a third person enters the conversation, the original conversation gets interrupted. When two or more people or machines share information, or data, this is called a network, but sometimes having multiple people or machines can cause a break in the network.

Topic #3 – When Protocols Get Complicated 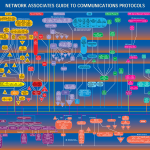 We might find it easier to solve communication problems when the rules apply to people. But how about solving a communication problem between two computers? Keep in mind that when two or more people or machines share information, or data, this is called a network. Here is a complicated network protocol that exists for the modern Internet.

One of the ideas that ARPA came up with was called a Routing Protocol. And it works sort of like a map. For example, let’s imagine that your family has just traveled to a Disney theme park and you are coming back along Interstate 4. But along the way, you get stopped in wall-to-wall traffic because of an accident nearly 10 miles ahead. From the looks of it, you could be waiting for hours to move. Would you stay and wait or would you look for another route? Most of us would want our family to find another way around the traffic. And if this happened again, several months later, you might agree to a rule, or a protocol for getting around bad traffic.

The goal of this activity is for students to understand how things might travel along one route, then run into obstacles and have to find other ways to reach their destination. This is another way of looking at a routing protocol. Open a new Notepad document and save it as “routingprotocols.txt” in your “msc” folder, then work with your team to follow the steps below:

Topic #5 – What ARPA Finally Figured Out

In the end, ARPA figured out that the only way to build a network, where computers communicate back and forth with each other, is if they agree to follow a set of rules, or protocols. But the bigger the network, the higher the number of rules. So before they could build a massive network, they had to set up the smaller one. Something they referred to as the ARPANET.

Topic #7 – What Happens to Documents and Messages

Every document that you read today, whether it’s a text message or a web page, is a message that has to travel from some other location to your screen, which is its final destination. But these documents and messages are broken up into little packets. In order to reach their destination, these packets must all follow a path, or a route. With millions of computers sending their own packets of information, sometimes the fastest routes get congested (sort of like a traffic jam), so the packets of information have to follow alternate routes, which may sometimes be slower. This process of two or more computers trying to communicate back and forth is called a network. And every network has a set of rules, or protocols, that instruct that packet on where to go at every turn, just like you and our team decided there was more than one way to get from one point to the next.

The bigger the file, like a picture or a video, the more pieces it has to be broken into. And once those pieces are broken up, they become packets that travel across the network. The only problem is that these packets do not all travel along the same routes. Remember that idea about routing protocols? If a big piece of information is broken into lots of pieces, or packets, then those packets might get thrown across multiple routes. We call this packet switching.

Try to imagine that we had to move all of the computers in this classroom to another room. We could not simply pick up this room and put it on top of the next room. We would have to move everything in pieces. The computers have to be taken apart and put back together again. The same is true of information. Depending on how large or small it is, information moves the same way. In pieces, or packets.

The goal of this activity is for students to understand how small a file can actually be. Open up a new Notepad document and save it as “filesize.txt” in your “msc” folder, then follow the teacher’s instructions.